New Detroit Lions CB Desmond Trufant says injuries behind him, he's 'ready to get to work'

New Detroit Lions CB Desmond Trufant says injuries behind him, he’s ‘ready to get to work’

Desmond Trufant is a bit of a homebody, so not much has changed for him since a stay-at-home order went in place earlier this week in his hometown of Tacoma, Washington.

Trufant, who agreed to a two-year, $20 million free agent deal with the Detroit Lions last week, is still getting his workouts in, though he said he’s supplemented that by watching more shows online than usual.

“I’ve been watching Ray Donovan,” Trufant said in a conference call with Detroit reporters Thursday. “I don’t know if you seen that, but I’m on like the seventh season of that.”

Donovan is a fixer for Hollywood’s elite in the popular Showtime series, while the Lions are counting on Trufant to mend their NFL-worst pass defense in real life this fall.

The 29-year-old replaces Darius Slay as the Lions’ No. 1 cornerback, and he said he’s still got plenty left in the tank after the Atlanta Falcons released him following an injury-riddled year.

Trufant had a career-high four interceptions for the Falcons last season, but he played in just nine games because of a toe injury and broken forearm.

“I definitely was playing, yeah, at a very high level,” Trufant said. “Obviously, people going to say what they want to say. But I definitely, while I was playing, I was making a lot of big plays. I’ve done that throughout my career, so I’m just going to try to continue that and take it up even more.”

The Lions targeted Trufant as a replacement for Slay, who they traded to the Philadelphia Eagles last week, after missing out on top cornerbacks James Bradberry and Byron Jones in free agency.

He joins Justin Coleman and Amani Oruwariye as the Lions’ top cornerbacks, though the team is expected to add at least one more starting-caliber corner in free agency or the draft.

The Lions tied for last in the NFL in interceptions last season and allowed 284.4 passing yards per game, most in the league

On CB Desmond Trufant to #Lions… 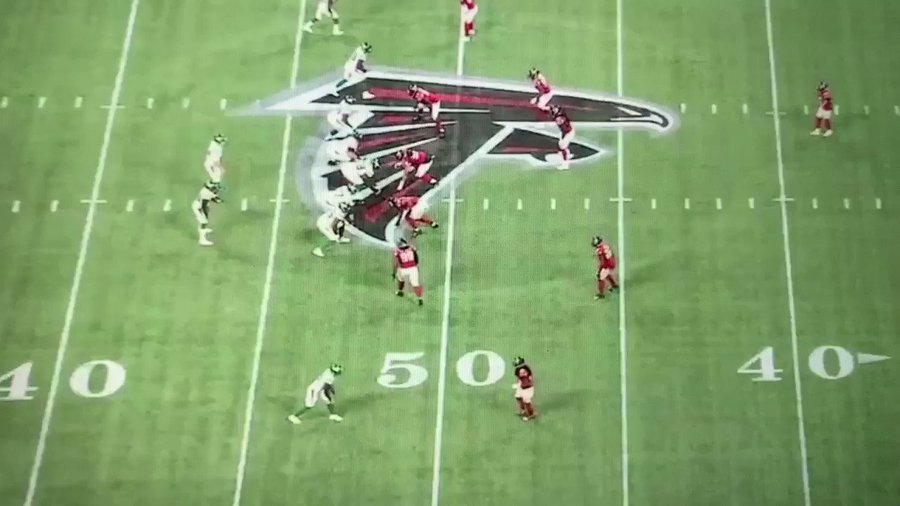 72 people are talking about this

Trufant has 13 interceptions in his seven-year career, and his 79 passes defensed are more than all but five players — including Slay — have in that time, according to Pro Football Reference.

“I just felt like I just was locked in on my opportunities (last year),” Trufant said. “I’ve had those opportunities in the past, I just didn’t catch the ball, just to be frank. That’s not to say that I wasn’t in position to make those types of plays. Last year, I just was finishing the plays that I was in position to make. And I plan on doing the same type of things, so I’m looking forward to it and I’m ready to get to work when it’s time.”

Trufant said he didn’t consult with Slay about his free agent decision, though the two are friends who were selected 14 picks apart in the 2013 draft.

“My situation is my situation, his is his,” Trufant said. “Didn’t really get too (much) deeper than that.”

After playing in man-to-man heavy schemes for most his career, Trufant said the Lions appealed to him in part because of the opportunity to play in a similar style defense under Matt Patricia.

“I just got a lot of respect for him,” Trufant said. “I had a lot of success in this league. He’s coached a lot of great players, especially a lot of great players at my position as well. And I know I can fit right in to his scheme. I’m just ready, if he’s going to give me the opportunity to do me, to showcase my talent, so I’m just looking forward to it.”